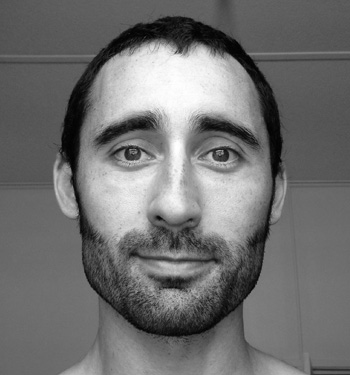 Since graduating in Industrial Design at UTS in 2003, Chris has worked as a designer in various capacities, as well as working in photography and lecturing in the Industrial Design program at UNSW. He now works as New Product Development Manager for ITL BioMedical, managing engineering teams across three international locations.

Outside of work and yoga, Chris has a passion for making stuff with his hands, mostly bread, which some of our students know quite well. He has a market stall at Waverton every few months where you can find his labour-intensive sourdough.

“I became a yoga teacher because it’s satisfying to share the things that make a positive difference in my life. Teaching others enriches my path and enhances my own understanding of yoga.”

I first became interested in yoga when some housemates said they were doing the Bikram Yoga 10-day special. After that odorous experience, it took a while to find something that I wanted to stick with. I developed my first regular practice while living in Berlin. When I returned to Sydney I tried a few places but it wasn’t until I tried Yoga Synergy that it stuck. Oddly enough my first class was with Steven at Newtown on a 40ºC summer’s day.

I became a yoga teacher because it’s satisfying to share the things that make a positive difference in my life. It also enriches my path. I’ve read and truly believe that teaching something is the most powerful way to enhance your understanding of it.

What makes Yoga Synergy unique is the understanding that we are all different. Different to the people who grew up in the cultures where yoga was born, different to each other and different within ourselves each day.