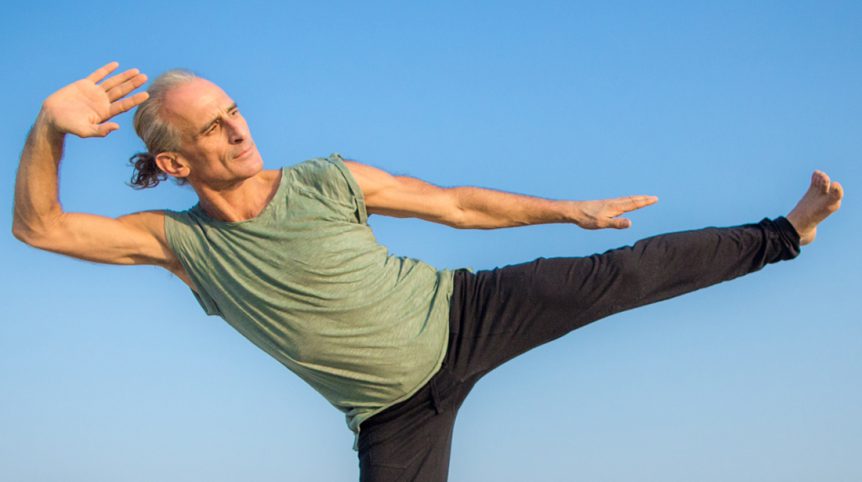 Active movements are the more traditional way to come into hatha yoga postures. These are movements that are done by the muscles that would be used to enter a posture without the assistance of external forces such as gravity, momentum, or one limb pulling on another limb. These movements can give you most of the purported benefits of hatha yoga, including the generation of grounded and calm energy in a strong flexible body, without the mental or physical stress that complex instructions often cause, or the potential physical dangers for the modern body that doing many standard yoga postures can cause when no instructions to consciously activate muscles are given at all. 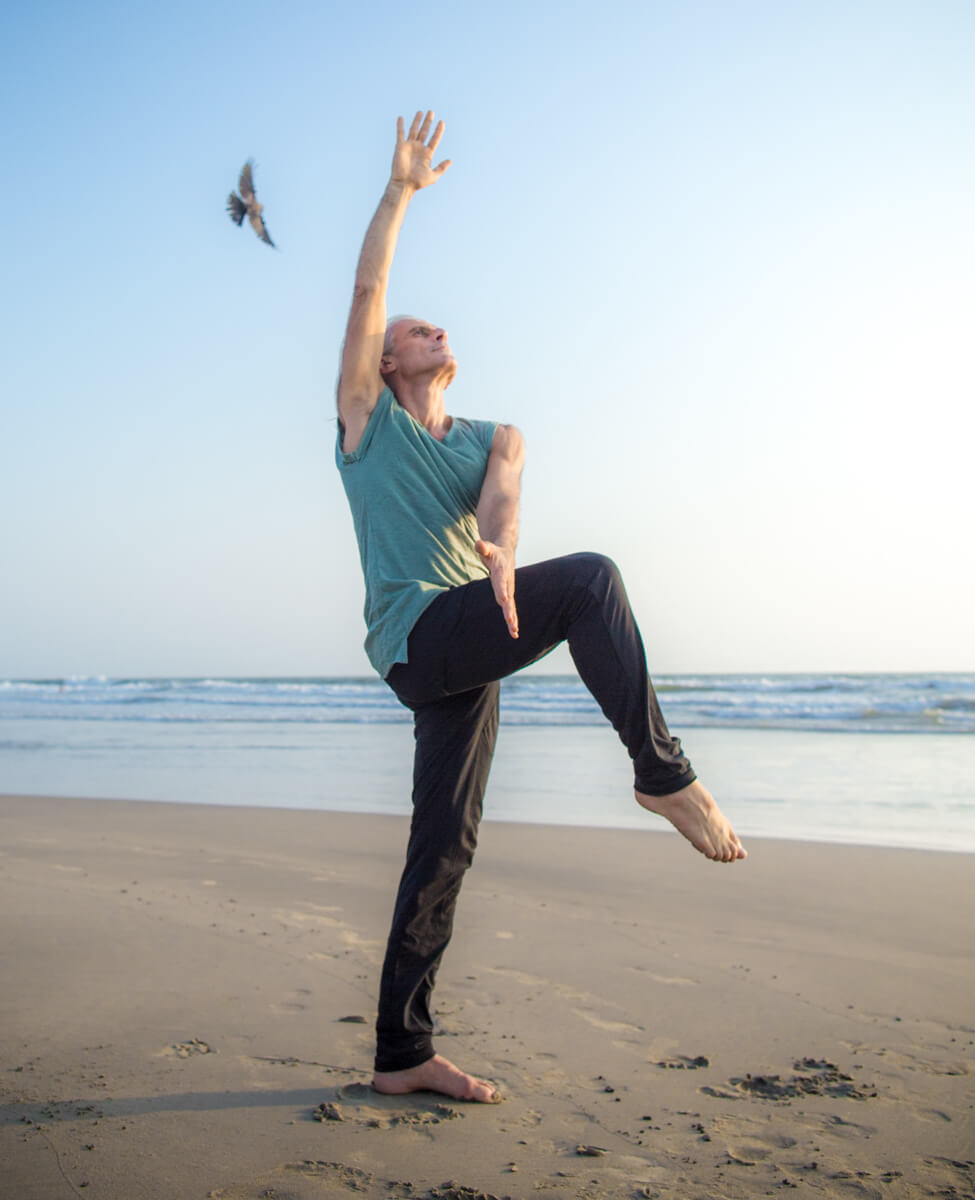 Figure 1: The active version of the ‘Twisting side lunge posture’ (Parivrtta Parsvakonasana). Like in the pose taught by Sri BKS Iyengar this posture is a spinal forward-bending, spinal twisting to the right, spinal side-bending to the left, backward bend while flexing the left hip and extending the right hip. But here this is done without the help of external forces such as gravity, momentum or one limb pulling another. Thanks to Malwina Ostrowska for this photo of me at our Yoga Synergy teacher training course in India earlier this year. Thanks to ‘We are yoga’ for their brilliant clothes. 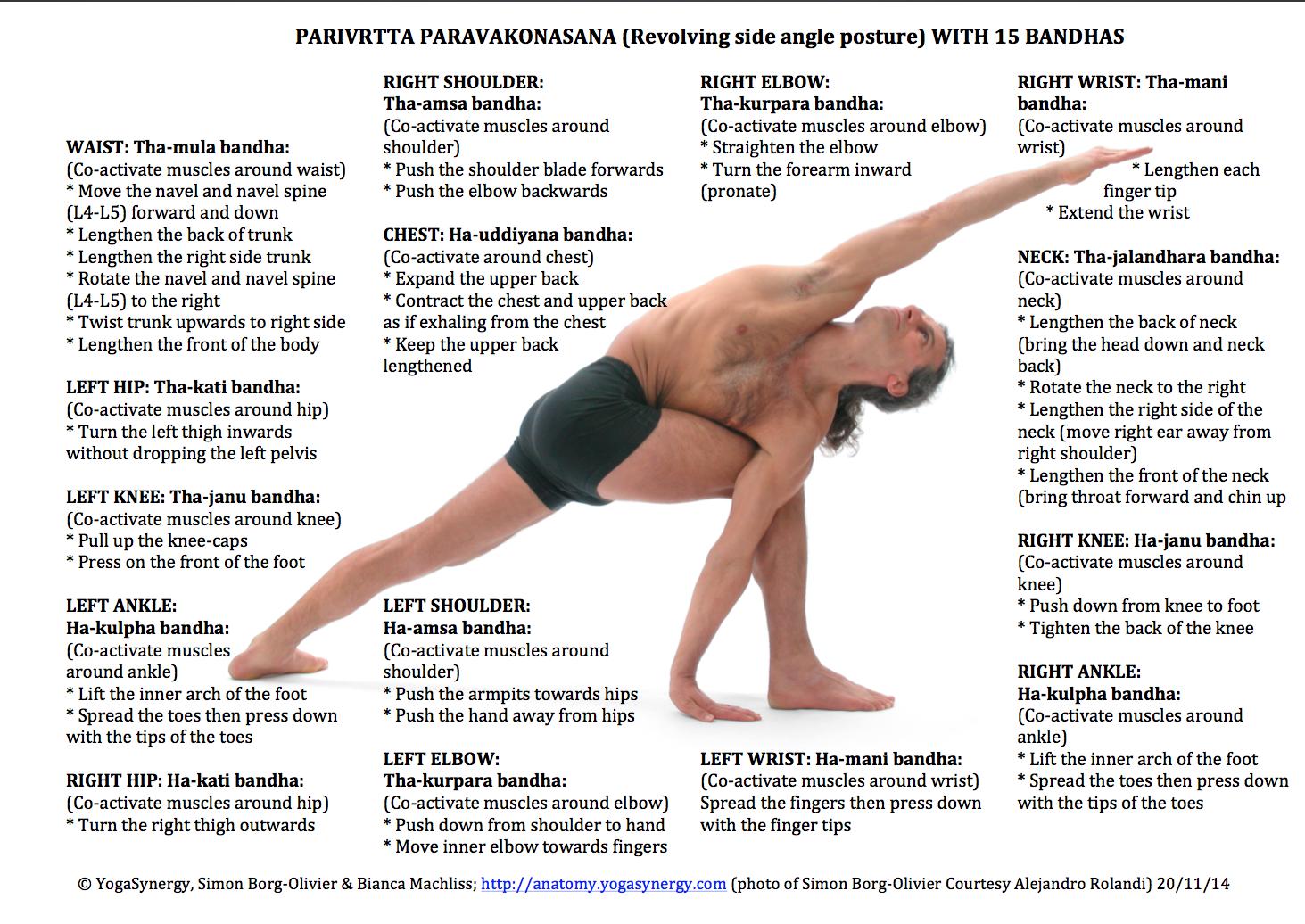 The video below is part of one of our more advanced Yoga Synergy Sequences. Notice the use of controlled active movements that are a key feature of even the most simple Yoga Synergy sequences. I am getting into postures without using external forces such as gravity, momentum or one limb pulling another in the same way that traditional yoga has always mostly been practiced in India. Active movements activate the shortened muscles, which causes the lengthened muscles to become reciprocally relaxed. This gives flexibility without feeling strong stretching, builds strength without stress,  increases blood flow without the rate racing; and allows you to do complex postures without having to over think. Active movements are a key feature of the Yoga Synergy System that Bianca Machliss and I developed as traditional yoga for the modern body.

***
Very effective yet more accessible versions of this practice can be found on our online course ‘Advanced Yoga Fundamentals: Essentials for teaching Yoga’

In the attached video you hear me saying the following instructions for actively moving into postures:

*** “Coming into the twist turn actively from the navel and sure you can breathe into your abdomen”.
*** “If you need to use your hands to get to get into lotus posture then you are (probably) better off doing cross-legged posture”. Active movements such as these are at the base of natural traditional yoga but are often ignored in modern yoga.
Many people force themselves into positions using forces external to their body such as gravity, momentum or one limb pulling on another. If you over-stretch in this way and don’t tighten your muscles you risk damaging your joints. And if you over-tense your muscles in order to protect your joints you can block the flow of energy and information in your body. If you over-tense and harden the abdomen in a way that prevents natural diaphragmatic breathing then you can also enter a state of ‘flight or fight’ and no matter how much you ‘open your heart centre’ the body will be giving you nerve signals that are often interpreted as fear, anger and aggression.
And that doesn’t sound too much like yoga to me!

This video is from our Yoga Synergy online course ‘Advanced Yoga Fundamentals: Essentials for teaching Yoga’ by Bianca Machliss and I.

The essence of making a posture (Asana) work to give you the complete effects of Hatha Yoga:

In the the seven (7) stage  (saptanga) system  of  hatha yoga (saptanga yoga) Asana is the stage before Mudra. Asana is the physical form of the posture. Mudra is the physical form of the posture that allows energy (prana) to be generated and flow through the channels (nadis) of the body. Bandha is a subset of Mudra that is a complex interaction between the muscles that can be used if you were trying to enter and leave a posture at the same time.

There are at least twelve (12) way to move energy (or to generate Mudra) in the body, but Mudra is generated most powerfully with relatively complex combination of active movements (active shortened muscle activity) and resisted movements (active lengthened muscle activity). This is effectively the co-activation or simultaneous tensing of opposing muscles around a joint complex that is referred to in hatha yoga as Bandha.

*** Active movements are the traditional way to come into yoga postures. These are movements that are done by the muscles that would be used to enter a posture without the assistance of external forces such as gravity, momentum, or one limb pulling on another limb.

*** Active movements usually cause the automatic activation of the shortened muscles in each joint complex.

*** Active movements can give you strength without stress, flexibility without painful stretching, and improved circulation without increasing your heart rate.

*** Resistance exercise is essentially activating the muscles that you would need to actively leave a posture and come back to your neutral starting posture (such as Samasthiti or Tadasana).

*** Resistance movements usually cause the voluntary activation of the lengthened muscles in each joint complex.

*** Resistance exercise has been shown to give you tremendous benefits in terms of strength, flexibility as well as conditioning against stress.

*** Bandhas give joint stability and also enhances the strength and flexibility of a joint complex and its muscle groups.

*** Bandhas have a complex interaction with the nervous system and essentially give you conscious control over the three main spinal nerve reflexes.

*** Bandhas are a subset of Mudra, which is a type of energy controlling system in Hatha Yoga.

*** When this is understood in theory and practice you can create at least 15 bandhas around the 15 main joint complexes of the body and each of these can be in the closed/locked or high pressure state (ha-bandhas) or in the opened/unlocked or low pressure state (tha-bandhas).

*** The result is that you can use bandha to push or pull energy (including blood flow) and information (including conscious control) to any part of the body while at the same time protecting and strengthening your joints and muscles. This is the essence of moving prana and citta in yoga.

Traditional Yoga for the Modern Yoga:

Working with bandha in this way is very effective and it is essentially what Sri BKS Iyengar was teaching us in his method. This is a really intelligent way of working in postures but for most people in the modern world it is too complex to do both mentally and physically.

These powerful effects can be achieved by attending to the instructions listed in Figure 2 for ‘Twisting side lunge posture’ (Parivrtta Parsvakonasana) but for most people to do this is mentally and physically too difficult and thus not achievable or realistic.

A simple alternative that is much better for most normal modern people is to simple attend to the active movements alone and do the active form of the posture as it is shown in Figure 1.

This is what we use in the Yoga Synergy System to instruct people what a posture should feel like without having to use complex instructions.

”Yoga is when every cell of the body sings the song of the soul.” B.K.S. Iyengar 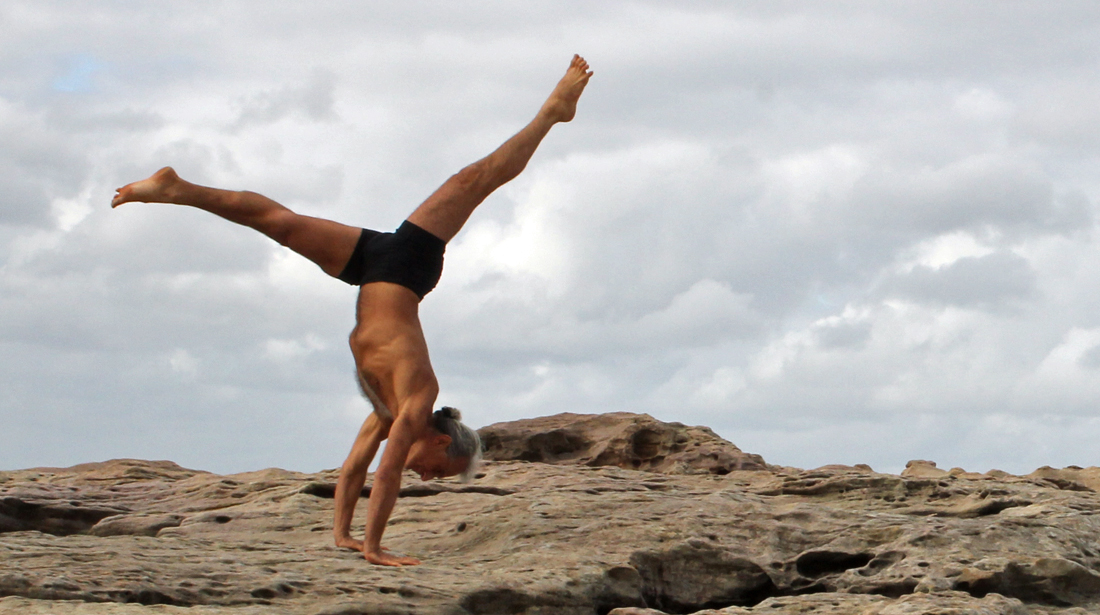 Mobilise your spine with the Salute to the moon se