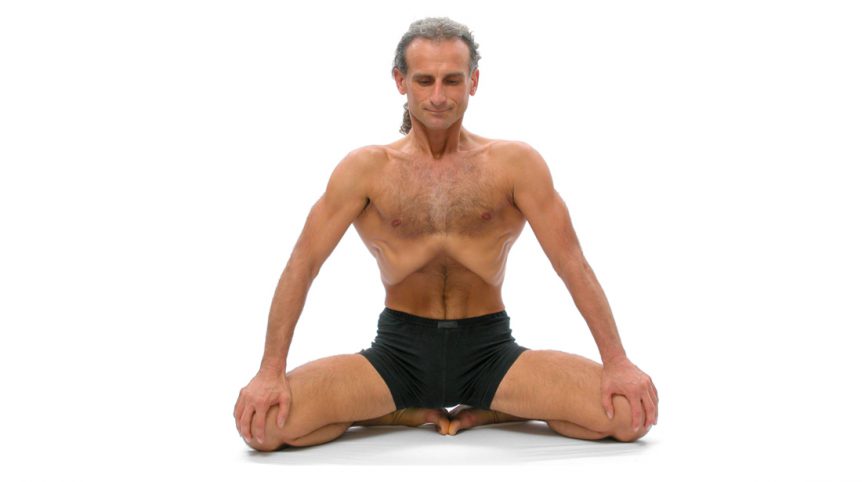 Hillary is doing yoga! What I said to the SMH about this:

I was just interviewed for the Sydney Morning Herald by excellent Journalist Sarah Berry about the story that Hillary Clinton has been doing alternate nostril breathing to calm her. She made a lot of claims about the supposed benefits and a few people have also asked me what I thought. So here is the link to Sarah’s article and my longer version of what said to her about Hillary’s practice and the practice of alternate nostril breathing in general.

I just listened to the online video of Hilary speaking about her practice. She is doing a simple variation of Nadi Shodana pranamaya, which she says is having a calming effect and it may well be doing that for her, which is better than taking pharmaceutical drugs I guess. This is a potentially amazing technique that can do all that she says it can do, and much more, if done properly, but few people can actually do the proper technique.

Her technique involves using her fingers to block one nostril while breathing into the other nostril. She includes a breath hold, an inhalation retention, between the inhale and the exhale. She also says the inhalation should be diaphragmatic, which is great, but many people think they are using their diaphragm, but are actually breathing stressfully into their chest. From her online video interview with Cooper and the extracts of her book online it is not possible to say what she’s actually doing, and people copying her technique from the instructions she gives could be easily mis-lead by either breathing too much or breathing too stressfully, but as i said above, at least she is endorsing a non-pharmaceutical approach to stress.

BENEFITS SHE MAY BE GETTING:

It sounds like she is getting some benefits however, and many people can also get some too if they try what she does. The positive effects may be from the following things:

Many of the reported benefits of the technique depend on doing the correct technique. However, Hillary is not really doing the proper technique for Nadi Shodana Pranayama. The technique described in ancient yoga texts says that the technique should be done not by blocking the nose with the fingers but actually by blocking the nose with the tongue, which is stretched backwards into the throat and up the nasal passages. The tongue should go backwards into the back of the throat then alternately up the right nostril passage to breathe into the left nostril and then taking the tongue to block the left passage so that you can breathe into the right nostril. This technique requires for you to have previously used various tongue lengthening methods for sometime so that the tongue is long enough to reach the back of the throat and up into the nasal passages.

This tongue method has many advantages over using the fingers, such as the following:

Hence the proper technique is amazing and very effective but is not really available to most people in the West as it is physically, physiologically and mentally too hard. That is, it not only requires the physical control and coordination of many muscles, and the physiological ability to deal the the high levels of carbon dioxide that come when you breathe less than one breathe per minute, but also requires a great deal of mental-control based on the ability to ‘visualise’ special images and sounds according to an ancient tradition that is mostly lost to the modern world.

MORE INFORMATION:
Here is an extract (with some references to the science of what happens when you breathe through nostril and its effects on the brain etc) from our textbook written for RMIT University, by Bianca Machliss and myself, on the “Applied anatomy and physiology of yoga”.
9.7.5 Relationship Between the Nasal cycle, the Autonomic Nervous System, and Cerebral Hemispheric Dominance:
The nasal cycle relates to the alternating nature of breathing through different nostrils throughout the day to automatically regulate temperature and metabolism. The sympathetic and parasympathetic branches of the autonomic nervous system (ANS) [Section 9.5] regulate the nasal cycle. The nasal cycle is also linked to the sidedness of the right and left cerebral hemispheres [Section 9.3.1.1] of the brain.

Electrical studies on the brain reveal a correlation between cerebral hemispheric dominance and the nasal cycle [Shannahoff-Khalsa, 1993]. Other related studies have shown that breathing through the right nostril is related to activation of the sympathetic nervous system, while breathing through the left nostril is related to the activation of the parasympathetic nervous system [Haight & Cole, 1989; Mohan & Eccles, 1989 Backen, 1990; Stancák & Kuna, 1994;Schiff & Rump, 1995].

These studies have demonstrated that people who are chronic right-nostril breathers (due to congenital or accidental blockage of the left nostril) tend to:

Studies have also shown that people who are chronic left nostril breathers (due to congenital or accidental blockage of the right nostril) tend to:

Posture can also affect the lateralisation of the nervous system in the same manner that the nasal cycle affects the parasympathetic and sympathetic chains of the ANS. Postural asymmetries between the lateral halves of the body will cause the patent cavity of the nasal airway to change sides [Haight & Cole, 1989; Backen, 1990]. In addition, unilateral muscle activation is correlated with contralateral cerebral hemisphere activation [Schiff & Rump, 1995]. Yoga practitioners should work with asana (postural) and vinyasa (movement) practice to discover the asymmetries in the body and then work towards correcting what is abnormal and try to understand the cause of the asymmetry. Take note of the natural asymmetry in the body (resulting from organ sidedness etc.) and notice how this affects the functioning of the whole body [Appendix B]. Each asymmetry in the body reflects some sort of imbalance between the sympathetic nervous system and parasympathetic nervous system. It is well known in yogic and scientific circles, for example, that compression of the left underarm with a yoga danda (a rod or staff), or even with a strong ha-amsa bandha [Section 2.5.1.6, Appendix C] will cause the radial pulse of that arm to slow or stop while closing the nostril on the same side, and opening the nostril on the opposite side.

Breathing through the more efficient or dominant nostril is associated with increased activation of the contralateral (opposite) cerebral hemisphere, and with improved performance on cognitive tasks, which reflect the functions of that hemisphere [Shannahoff-Khalsa, 1993]. There is a similar relationship between nasal efficiency and emotional functions of the cerebral hemispheres. Following left nostril forced breathing, subjects report a more negative emotional state, score higher on an anxiety test, and tell stories that are more negative in emotional tone [Schiff & Rump, 1995].