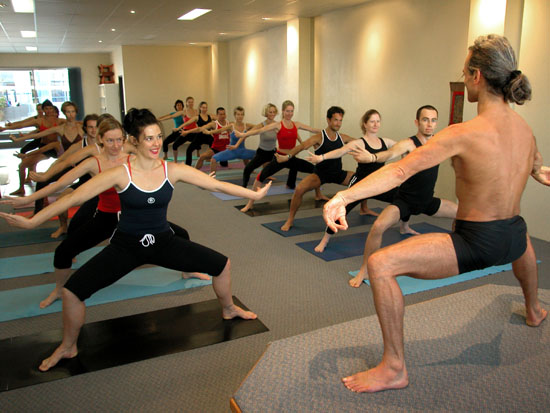 Are your muscles not working as well as they used to? Are you getting unexplained pain or altered sensations in your arms or your legs? You may be able to get some improvement in your condition by mobilising your nerve tissue, which is also known as nerve tensioning, or neural mobilisation and often –although incorrectly – as ‘nerve stretching’.

Nerve tensioning is often referred to as ‘nerve stretching’ for simplicity. However, because the actual nerve tissue is rarely stretched without potentially causing damage, the technically correct term for what is occurring during many yoga asanas (postures) and mudras (energy controlling gestures), is nerve tensioning or neural mobilisation.

Contraindications of neural mobilisation or nerve tensioning (i.e. situations where nerve stretching should not be done) include irritable conditions, inflammation, signs of spinal cord compromise, malignancy, nerve root compression, peripheral neuropathy (disorders of the peripheral nerves), and complex regional pain syndrome (burning pain that may occur in the arm or leg after an injury or surgery).

Neural mobilisation (‘nerve stretching’ or neural tensioning) is a technique that was developed by David Butler in Australia [Butler, 1996]. Nerves, like all soft tissues in the body, can become restricted and tight and become a source of pain. Shortening of nerves can be due to trauma or injury, or the result of ongoing poor posture. This is often the case with neck and arm pain. Neural mobilisation uses specific postures that can tension neural tissues and gently stretch target nerves. Butler suggests that altered neurodynamics are the cause of many problems including headaches, and that appropriate neural mobilisation can provide relief. Studies have shown neural mobilisation techniques to be effective treatment for carpal tunnel syndorme [Tal- Akabi & Rushton, 2000], chronic lateral elbow pain with signs of nerve entrapment [Elkstrom & Holden, 2002], thoracic outlet syndrome [Mackinnon & Novak, 2002], sciatica and lower back pain [Miller, 2005]. Hatha yoga also has many asanas (static postures) and mudras (energy-control gestures) that can apply tension (stretch) to specific nerves [ see Figures 9.1 – 9.8].

Although a nerve tissue has some elastic qualities and is known to be able to be elongated up to 20 per cent before it tears, it is well understood that a nerve tissue does not itself stretch much at all before it becomes non-functional. Studies have shown that after elongation of as little as 6%, nerves may have undergone sufficient mechanical deformation to have impaired electrochemical conduction [Wall et al., 1992]. After an elongation of 8 per cent,  intraneural blood flow is impeded, impairing nerve function [Clarke et al., 1992]. However, during daily movements, and especially during a hatha yoga practice, neural tissues may elongate by up to 5 centimetres [Alter, 1996]. Elongation of neural tissues is mainly due to nerve slackness and the course of the nerves in relation to the joints, and only minimally due to elasticity in the nerve tissue itself. Nerve slackness is to do with

(i) the undulating nature of the nerve trunk in its bed,

(iii) the undulating course of each nerve fibre in the fasciculi [Alter, 1996].

In this short video, I explain a bit more about nerve tensioning and how it is applied in many hatha yoga postures.

In these next three short videos, I show the short introduction and part of the finishing sequence to  all of the Yoga Synergy Sequences developed by my fellow physiotherapist and Yoga Synergy Co-director, Bianca Machliss, which utilise all the main nerve tensioning movements and postures for the upper limbs. These movements help you mobilise the wrists, shoulders, neck and spine in a very effective manner, and help prepare the body for doing the more strenuous practices included later in our sequences such as the salute to the sun movements (that are often done at the start of many common yoga practices). This sequence is explained in full and taught along with a much more comprehensive sequence that can be adapted to any level of practice in our online course ‘Teacher Training Essentials: Yoga Fundamentals’.

Below are some figures  (Figures 9.1-9.8) from our book ‘The Applied Anatomy and Physiology of Yoga’ that show some useful nerve tensioning postures that are often ‘hidden’ in many classical postures. If you click on each of the images you can enlarge them to make them easier to read.

1. Brachial plexus nerve tensioning in hatha yoga
The brachial plexus is tensioned (stretched) with correct positioning of the scapulothoracic (ST) joint and the glenohumeral (GH) joint of the shoulder joint complex.

• There is a potential risk of over-tensioning (over-stretching) the sciatic nerve in all hamstring stretches;

3. Femoral nerve nerve tensioning in hatha yoga [Figure 9.7] • Tensioning of the femoral nerve increases in intensity with increasing neck flexion, thoracic flexion and lumbar flexion; hip extension; knee flexion; and ankle plantarflexion (flexion).
• There is a potential risk of over-tensioning (over-stretching) the femoral nerve in all postures that stretch the front of the groin such as supta virasana (lying back between the legs in a kneeling like posture) etc.

Possible risk of over-stretch in urdhva mukha svanasana (up-dog pose), bhujangasana (cobra pose), and other poses which incorporate the stretching of the anterior (front) of the neck as for tha-jalandhara bandha]. 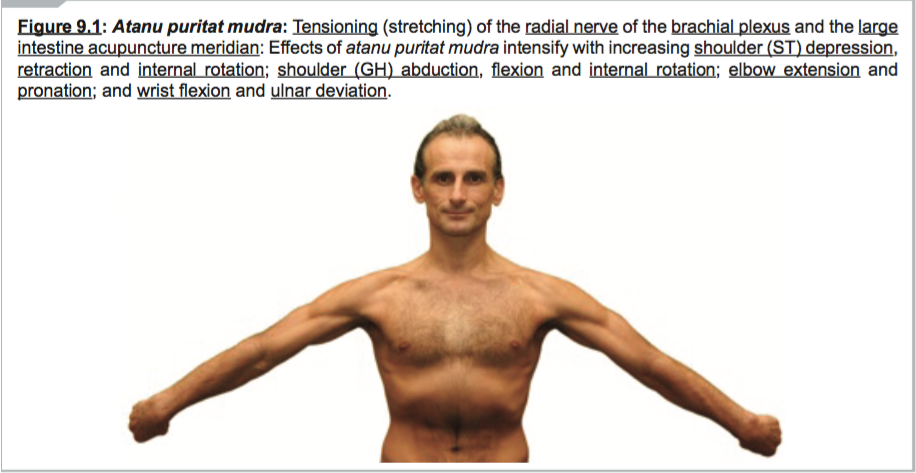 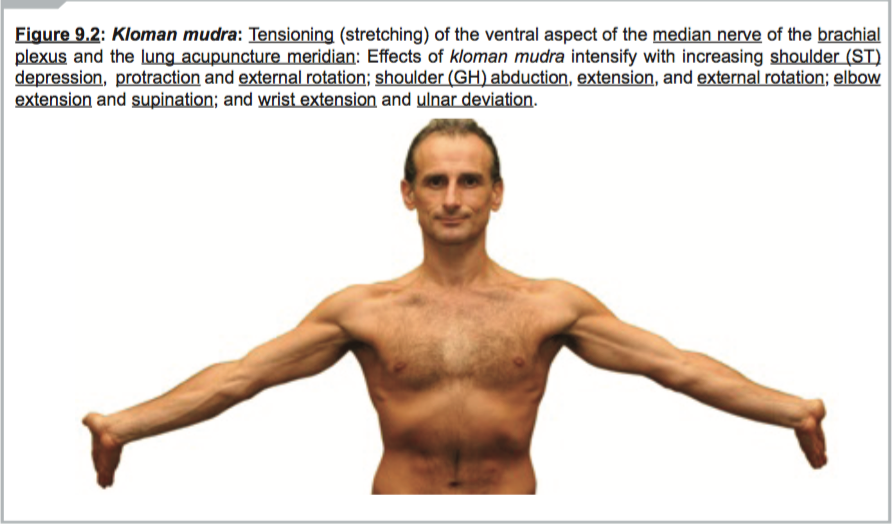 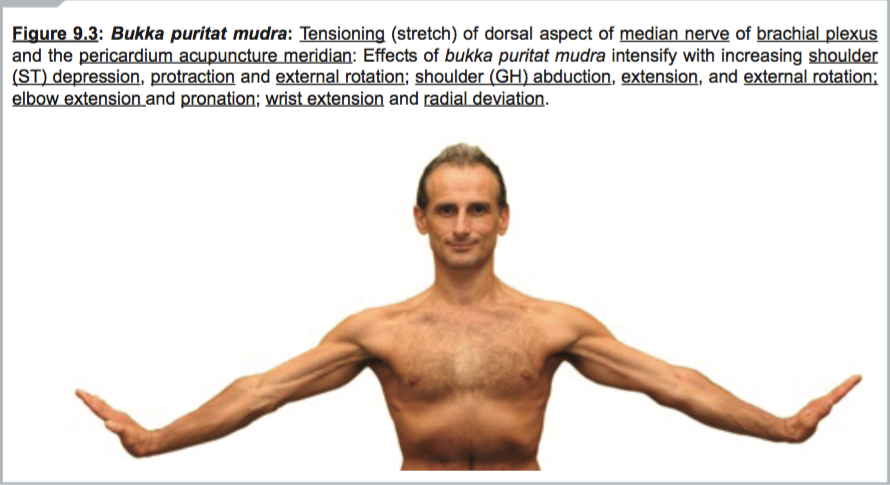 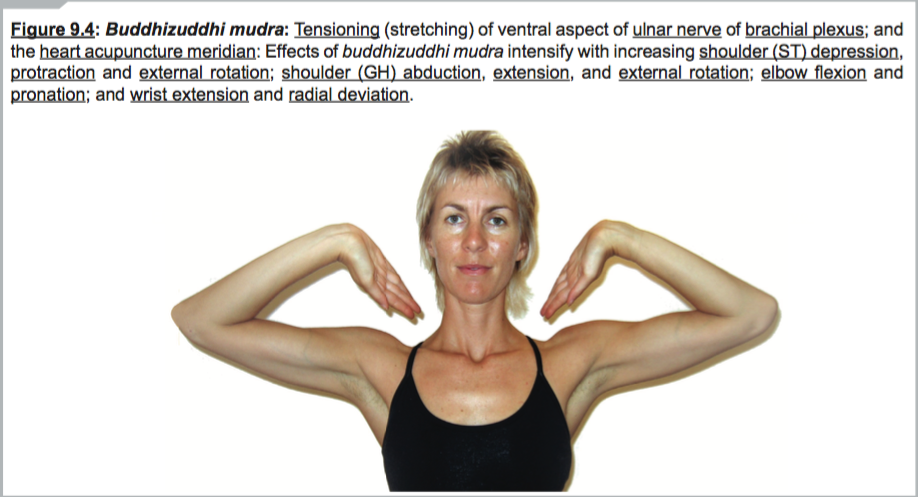 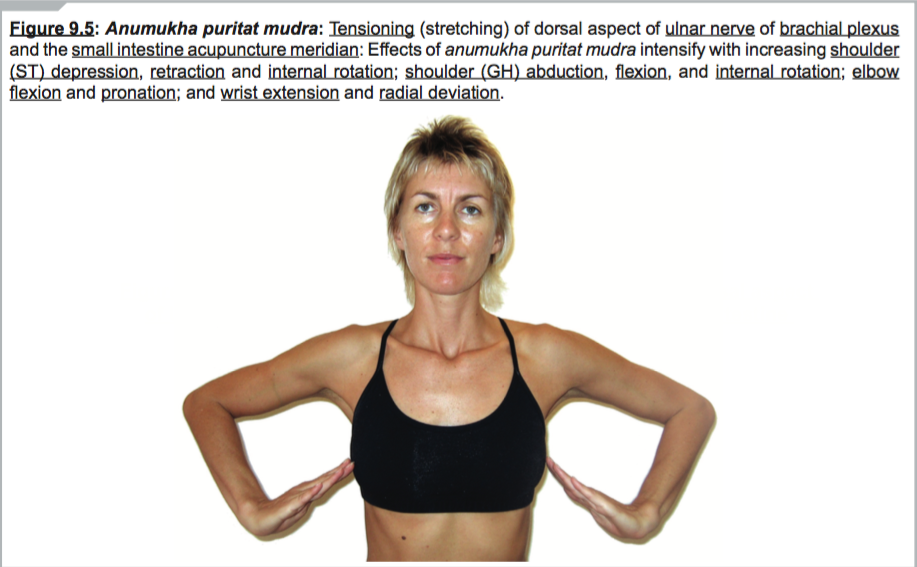 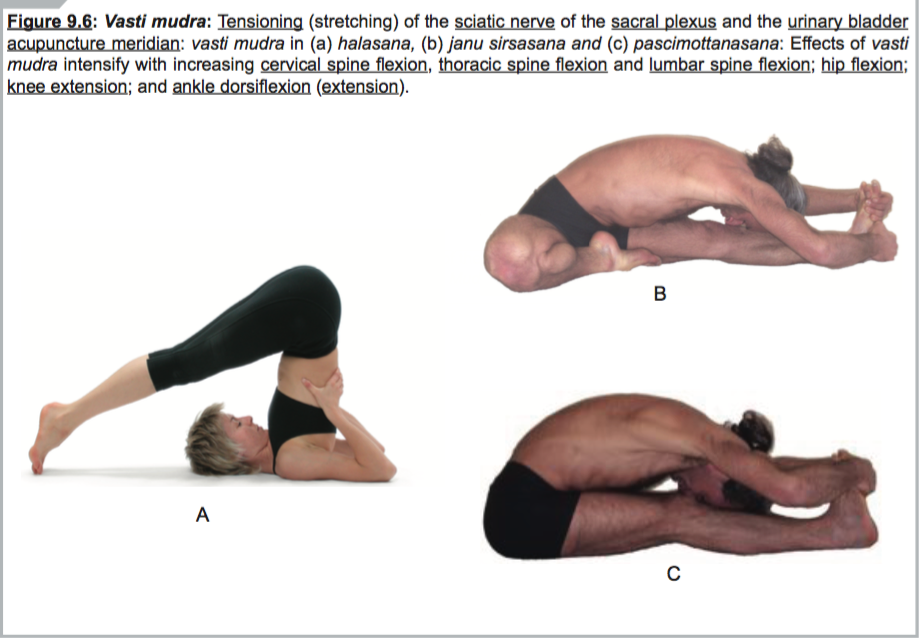 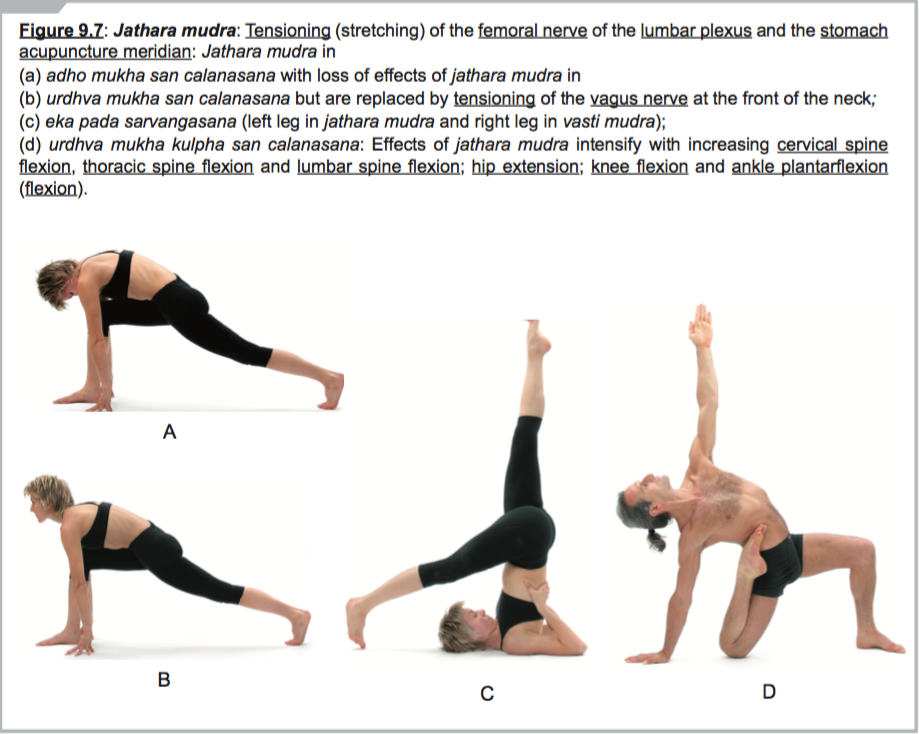 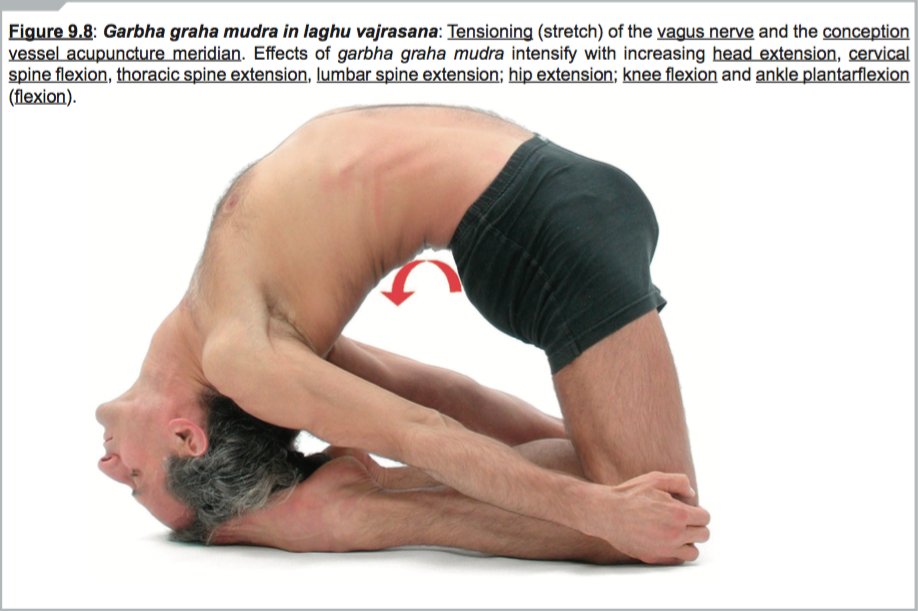 NB. PLEASE TAKE CAUTION: NERVE TENSIONING (NEURAL MOBILISATION) CAN BE POTENTIALLY RELEASING AND BENEFICIAL FOR MOST NORMAL HEALTHY PEOPLE AND CAN EVEN BE USEFUL AS A TREATMENT FOR VARIOUS MUSCULOSKELETAL AND OTHER PROBLEMS, BUT, IF INAPROPRIATELY APPLIED, IT MAY BE DANGEROUS AND EVEN HARMFUL TO THE NERVOUS SYSTEM.