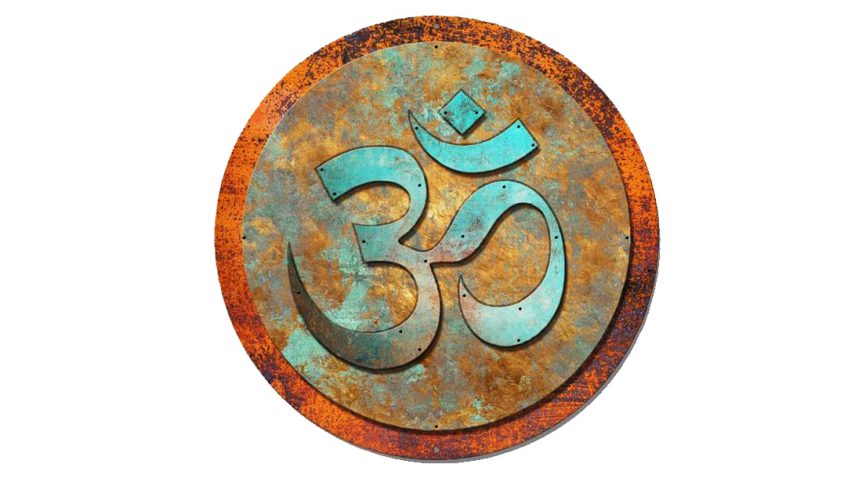 We chant OM at the beginning and end of every class. The symbol is everywhere, and although many of you enjoy the feeling and the unity that comes from a group chanting OM together, you’re probably also wondering what its all about!!

Here’s some information to help deepen your understanding and connect your heart to this ancient sacred syllable.

In Sanskrit, the sound “O” is a diphthong spelled “AU”. A diphthong is the blending of two vowel sounds where both are normally heard and make a gliding sound. As a result, the difference between OM and AUM is simply one of transliteration, for this article we will use the spelling OM.

There is no question amongst scholars that OM is the oldest mantra, or sound of numinous power, known to the sages of India. Its origin however, according to Georg Feuerstein, is somewhat obscure and there are many different speculations as to how it first came to be used. Initially before it was written down it was only passed verbally in teaching between guru and disciple.

The Yoga tradition is very rich and immensely sophisticated. The various schools and their respective paths are at the core very simple and have many features in common. Ultimately, they all lead to the same goal, which is the transcendence of the ego-personality and the sacred sound of OM is at the center of that – Om is the essence of union, connection, realisation of the eternal self.

As the Rig-Veda (1.164.46) declared five millennia or more ago, “There is a simple truth but the wise call it by different names.”

The sound of OM encompasses all words, all sounds in human language

OM encompasses the three main sounds which give rise to all words used in language, and is why it is often described as the most sacred sound.

The sound of AUM is a reflection of the “trinity” that is often referred to in spiritual traditions, and represents the 3 divisions of time (waking, dreaming, and deep sleep)

Whenever AUM is recited in succession there is an inevitable period of silence between two successive AUMs. This silence represents the fourth state known as Turiya which is a higher vibration than the other three. Turiya is the state of perfect bliss when the individual self recognizes their identity with the supreme/counsciousness/absolute reality/source.

To pronounce OM correctly, remember, the sound vibration is pronounced “aum” as in home.

The visual symbol and it’s meaning 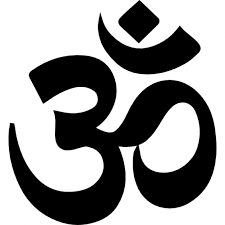 The visual symbol represents the meaning of OM. OM is written in Sanskrit, a sacred and philosophical language shared in Hinduism, Jainism, Buddhism and Sikhism.

What happens when we chant OM?

When we chant OM we create within ourselves a vibration that connects us universally with the energy of all OM’s that have been chanted before. Chanting together at the beginning of the class, brings the group together in harmony, in body breath and mind. It brings each person in tune with themselves and the nature of their soul (pure, serene and focused), turning their attention inward to the essential essence of joy present in all of us.

Repeating OM at the end of a session, together with the traditional Namaste is a declaration of respect and gratitude for the practice and each other. It also allows us to carry forth the inspiration of yoga to everyone and to have a personalised sense of peace and connection with the universal life force.

What the ancient yogis taught is what scientists are verifying today – the universe is moving and vibrational at its heart. The sound of OM when chanted, vibrates at the frequency of 432 Hz which is the same vibrational frequency found throughout everything in nature. Nothing is ever solid or still. Everything that exists pulsates. Chanting OM subconsciously connects us with the vibration underlying all existence. As we chant OM, it takes us for a ride on this universal wave, through our breath, our awareness and our physical energy. We may begin to sense a bigger connection to all, which is both uplifting and soothing – in reality a sense of “inner peace”.

OM is a sound and image that personifies the essence of yoga. The essence of union, connection and realization of the eternal self.