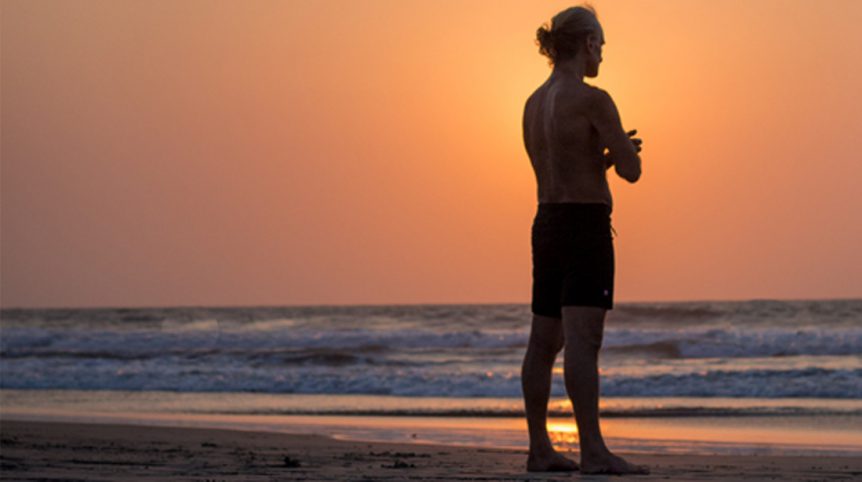 Today I was asked ‘Has yoga lost its soul in the West?’ … Here is an answer I just wrote …

I think that most people teaching modern yoga have good intentions and some modern yoga does seem to help some people for some time. However, I don’t think that what is mostly being taught under the banner of yoga in the modern world today is not really yoga, but more a type of exercise system similar to the aerobics of the 1980’s.

Yoga means union and on a global level it is the recognition that every individual consciousness is related to every other individual consciousness in the same loving way that a mother naturally relates to a newborn baby, with selfless service and loving intent and the way a baby relates to that in terms of feeling safe and loved. If this was happening between all the conscious entities in the world today then I would say that the world is in yoga. But before this can happen on this world scale is must first be achieved on a personal level.

Every cell has its own consciousness and I believe that perfect health and yoga in a human body of about 50 trillion cells will manifest when every individual cell treats every other cell like a mother treats a young baby and every individual cell feels like the other cells are treating each individual cell like a young baby. Another way of saying this is that perfect health and yoga comes in the body when there is the circulation of energy and loving information in the body. In scientific terms this is when blood circulates easily through the body without the heart racing and the parasympathetic nervous system (the relaxation and rejuvenation response) is dominating over the sympathetic nervous system (the flight or fight response).

However, in modern yoga and most exercise regimes, when the body feels any sense of increased heart rate, increased breathing (or more correctly increased minute ventilation), increased muscular tension or even an increased sense of stretching, then the body tends to be put into a overly dominant sympathetic nervous system state. The subconscious response during this type of situation is for the body to think there is something wrong, that change is needed and that we are not okay at the present moment. At such times the body tends to reduce, or even completely switch off, the functions of the digestive system, immune system and the reproductive system. Your ability to absorb nutrients and eliminate wastes is impaired with reduced digestive function. Your ability to recover from sickness or injury is hampered with reduce immune function. Similarly your cells ability to reproduce and grow appropriately, as well as your hormone function is reduced when your reproductive system is not working at its best. At such times of ‘flight or flight’ that are stimulated with the increased sympathetic nervous system stimulation that is generated with over-tensing and over-stretching muscles, over-breathing and labouring the heart, the dominant emotions (at least on a subconscious level) will tend to be fear, anger, aggression, competitiveness, and a sense of lack of safety. This does not sound at all to me like the yoga described in the Yamas and Niyamas of Patanjali’s Yoga Sutras.

I believe that if you are doing real yoga then you should be feeling love, happiness and safety while you are practicing not only in your relaxation after your exercise. I believe that you should be enhancing the activities of the digestive, immune and reproductive systems, not depleting them; and that this is what creates the possibility for internal health, happiness and longevity. Your yoga practice should be able to increase blood flow without needing to increase heart rate, like a meditating yogi can sit relaxed and naked in the snow but not get cold. To generate yoga on a physical level by improving blood flow without needing to increase heart rate is not only possible but it is the way of healthy people and the way of real hatha yoga. There are 11 other ways of increasing blood flow other than the heart. However, to achieve this it is not possible to simply learn yoga in one month and learn how to teach yoga in one month, especially if your teacher has only learnt for one month, or even a few years. I see that the biggest problem in modern yoga is that it is being spread and taught by people who have mostly missed the essence of true yoga and who lack the traditional and modern science required to translate the ancient teachings into the modern body that has been so radically affected by a predominantly sedentary chair lifestyle in the stressful environment of modern life.

Many people attending modern yoga classes have diagnosed or undiagnosed musculoskeletal problems, medical conditions and mental disorders. Modern yoga teachers invariably have to address the physical, physiological and mental states of their students. Many yoga teachers don’t even realise that most modern people have these problems. Other teachers, usually with minimal qualifications, infer that they can help people with musculoskeletal problems like a physiotherapist can, infer that they can help people with medical conditions like a medical doctor can, and infer that they can help people with mental disorders like a psychologist can. If possible I would like to see the introduction of a much more stringent grading system for yoga teachers that really is much more like the grading systems of medical doctors, physiotherapists and psychologists. That may sound extreme to some people, but I ask you that if you were not healthy or had a physical, physiological or mental problem, how would you feel if your therapist (who may tell you that they are a doctor, physiotherapist or psychologist) also confesses to you that they have had only one month of formal training in their field! Would you feel confident to place your body trustingly in their hands?