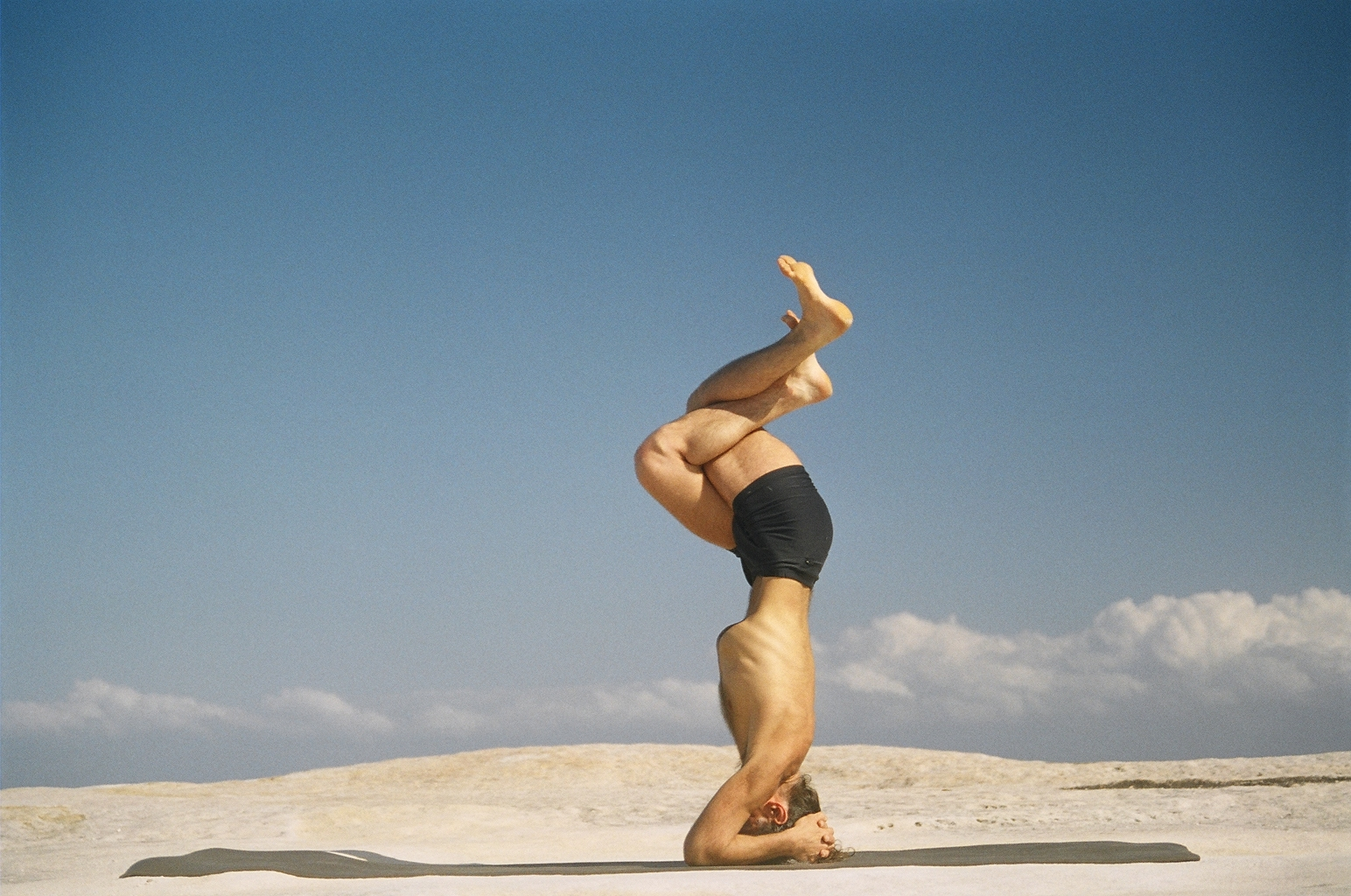 In this part, Simon Borg-Olivier, explains the benefits of breathing less than normal (hypoventilation) and role of increased levels of carbon di-oxide in increasing circulation of blood to the brain and other parts of the body, as well as increasing the transfer of oxygen into the cells of the body (via the Bohr effect). It is also possible to use the muscles of breathing and the breath itself for other reasons, for example you can use the muscle of breathing to help relax muscles, to increase strength and to mobilise the spine, and this can include sometimes breathing more than normal. However, the most important reason to breathe is to get oxygen to the cells this is done best when you increase carbon di-oxide levels by breathing less than normal, or at least by breathing naturally.

One of the deepest movements that is considered to be a tremendous cleansing exercise, called in India Hatha Yoga a Kriya, is Nauli, which uses the movements of the hips to activate the spinal muscles and turns your trunk into one heart. So the same way the heart will work to pump the blood, by compressing the first chamber and pushing the blood to the second chamber, second chamber of the heart expands and pulls the blood from the first to the second. You can make your spine move the same way. So I will demonstrate (in the next Blog – Spinal Movement Sequence (Part 24)) making the right side of my abdomen firm and the left side relaxed, pushing the blood from the right to the left side. Then the left side of the abdomen firm and the right side relaxed so it pushes the blood the other way. This movement then is exactly what I was doing in the side and forward bend but in a much more rapid and direct way. This exercise is done without breathing. This exercise is done while holding the breath out which builds tremendous amounts of carbon dioxide inside the body. Physiologically carbon dioxide reacts in very positive ways:

1. Carbon dioxide increases the diameter of the blood vessels that go to the brain, so you get more oxygen to your brain.

3. Carbon dioxide, when it builds up in the form of carbonic acid, will cause the vessels that go to your lungs to expand. So, say for example if someone has asthma the constriction in the vessels going to the lungs often calls for a puffing device and these drugs are not necessarily going to be helpful for you in the long run. But if you simply answer the call of nature when you have an asthma attack, which is making your lungs give a wheezing affect, it’s the body telling you to stop breathing, that it’s hard to breathe, so stop. It’s often a surprise to a person who is asthmatic that if they just stop breathing for a minute and allow carbon dioxide to build up this immediately bronchodilates the vessels to the lungs and then an in-breath is much easier.

4. The other significant effect of carbon dioxide build up is called a Bohr effect. The Bohr effect means that carbon dioxide is necessary to be present in any part of the body for haemoglobin to actually deposit its oxygen molecule when it arrives. So, say for example the big toe needs oxygen. You might be able to get blood to the big toe but if there is no carbon dioxide in your big toe then the haemoglobin will then just leave with its oxygen because it needs to swap it for the carbon dioxide. This is a lay explanation, but it helps makes people appreciate that exercise is not something where you are trying to breathe more. Actually fitness comes if you can do more but breathe less. A physically fit person is one who can run 100 metres the same time and distance as someone who is not as fit, but you can tell they are fit because they are not breathing so much and their heart is not beating so much at the end.

So the adept Yogi is considered to measure their lifespan not by the number of years they live but rather by the number of breaths they take and by the number of beats their heart makes. So by practising in this way any sort of exercise, including simple walking, movements which cause the hips and shoulders to cause a firmness to come to the spine giving you core stabilisation, while breathing diaphragmatically this helps increase blood flow while not increasing heart rate. The other thing is that the more you learn to breathe less in your physical exercise practise while still emptying the lungs periodically , this builds up an acidity and that acidity, a gentle acidity of carbonic acid – it means you don’t crave to have acidity in your diet and you can eat a lot less. Whereas most people do the opposite. Most people breathe so much in exercise because often we are told to do so and this makes them very alkaline.

Hyper-ventilation makes you alkaline. This then makes you crave, after your exercise, acidic foods which are the more stodgy foods, the high protein foods, the processed foods, and drugs. So by breathing less and learning to hold the breath in as I’ll demonstrate now (in the next blog – Spinal Movement Sequence (Part 24)) while still doing exercise you get lots of benefits.

If you want to learn more from YogaSynergy and its Directors Simon Borg-Olivier MScBAppSc(Physiotherapy) and Bianca Machliss BScBAppSc(Physiotherapy) you can enrol in one of the comprehensive and award winning Online courses at YogaSynergy called Yoga Fundamentals (a very practical course for anyone with an interest in yoga, exercise or health) and Applied Anatomy and Physiology of Yoga (a more technical course for teachers, therapists and experienced students). You can also do the more advanced version of these courses online at RMIT University as part of a Masters of Wellness Degree or as part of most bachelor degrees from participating Universities throughout the world.