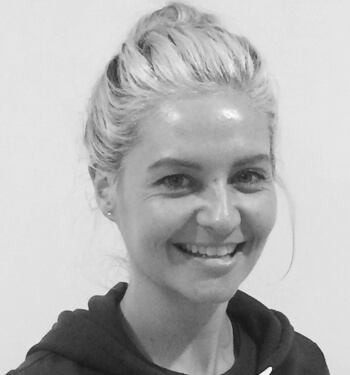 Outside of yoga, Kensey has studied psychology and anthropology at university, and now works making decisions and advocating for adults with disability. She loves nature, travel, learning and fashion.

“No matter what else is happening in my life, when I’m doing yoga, I can focus on one thing that brings me peace. It allows me to know more about who I am, which then extends to the world around me.”

My homeopath, who was also a yoga instructor in the Iyengar tradition, first introduced me to yoga when I was 19. I couldn’t understand how a few postures, some stretches and then a little lie down at the end of class could made me feel so good – physically and emotionally! It seemed magical, and I would walk out of the class feeling 10cm taller. I continued to practise on and off for a few years before I moved overseas, where I eventually found my way to a flow-style of yoga in New York. Then, I really became hooked!

I initially wanted to do a yoga teacher-trainer course because of a desire to expand my own practice and knowledge of yoga. But, like with many things that change you for the better, the need to give back became stronger. Now, I’m excited to share what I’m learning with fellow practitioners, and I hope to pass on some of the benefits that regular practice has made in my life.

It was at Yoga Synergy that I first began to notice the huge benefits of a regular yoga practice. I had started to do yoga as a way to help manage a chronic illness that had left me weak and drained. It wasn’t until I started at Yoga Synergy and had committed to a practice of three times a week that I began to regain strength and flexibility in my body – and then I noticed it had the same effects on my mind!

I love that with a regular Yoga Synergy practice, you begin to learn the sequences and can then devote your time in class to deepening the postures and breath. I’ve learned to be more patient and to keep practising, to accomplish results over time rather than trying to master poses immediately. I’ve found that no matter what else is happening in my life, when I’m doing yoga, I can focus on one thing and that brings me more peace. Cultivating that feeling is what interests me most about yoga, because it allows me to know more about who I am, which then extends to the world around me.