Today was the passing of our beloved Guruji. For those of us who were privileged enough to have met him and study under his guidance it is a sad day. We send our love to him and his beautiful family, especially to his two children Geetaji and Prashantji from whom we have also learnt so much. I think that the world of modern yoga owes a debt of gratitude to Mr Iyengar. We are all lucky to have been living in the same time as him. Very few people who practice yoga today have not been affected by his brilliant teachings. 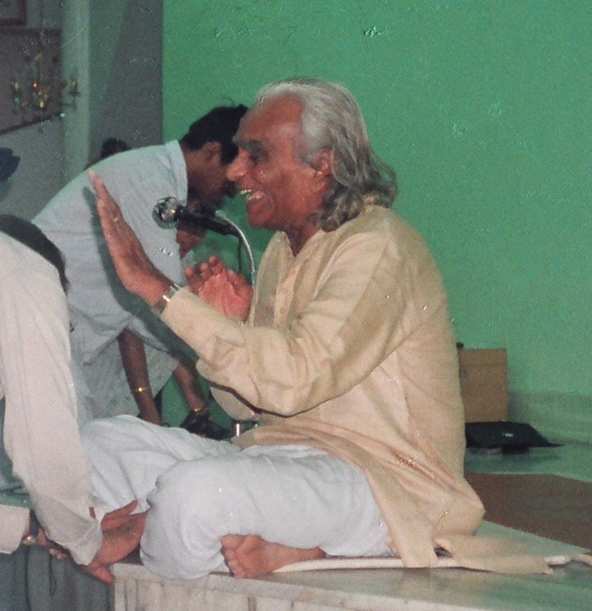 I have so many great memories of Guruji as I am sure so many people have as well. On this special but sad day I just wanted to share a few of his sayings and some old photos that me and Bianca Machliss have from our studies with him in the 1980′ and 1990’s.

I had the honour and privilege of meeting and studying with Sri BKS Iyengar 8 times from 1986 to 1997.
To me he was the wisest of the wise, the strictest of the strict and one of the most playful and often childlike people I have ever had the pleasure to meet.
In January 1986 Guruji told us words about yoga that have resonated with me every since. He said that …
.
”Yoga is when every cell of the body sings the song of the soul.”
.
— B.K.S. Iyengar January, 1986; One month Australian and American Intensive Course; Ramamani Iyengar Memorial Yoga Institute.
************
One of his more recent quotes becomes relevant today …
“The yogi cannot be afraid to die, because he has brought life to every cell of his body. We are afraid to die, because we are afraid we have not lived. The yogi has lived.”
.
— B.K.S. Iyengar, Light on Life, The Yoga Journey to Wholeness
************ 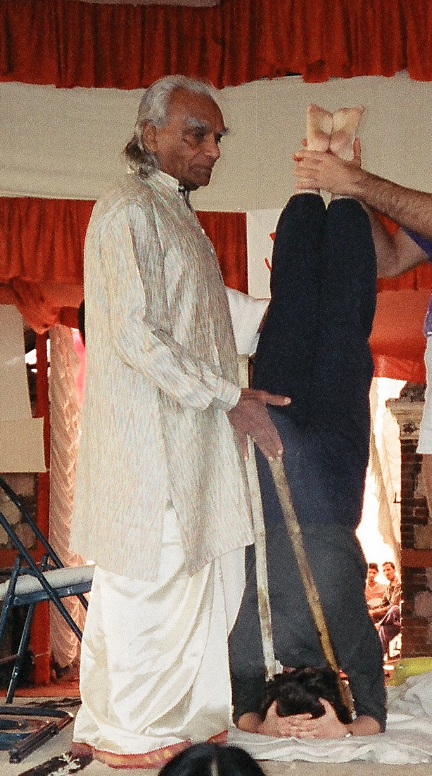 .
— B.K.S. Iyengar, Light on Life, The Yoga Journey to Wholeness.

***********
Guruji’s idea (as he stated in the ‘The Tree of Yoga’) that Tapas is ‘a burning desire to strive and do your best’ also affected me deeply. In harmony with that idea I feel that all we need to do get yoga is to make a passionate quest within ourselves and in our lives to remove the obstacles of happiness and loving connection. In Guruji’s own words …

“Spirituality…is not ethereal and outside nature but accessible and palpable in our very own bodies. Indeed the very idea of a spiritual path is a misnomer. After all, how can you move toward something that, like Divinity, is already by definition everywhere? A better image might be that if we tidy and clean our houses enough, we might one day notice that Divinity had been sitting in them all along. We do the same with the sheaths of the body, polishing them until they become a pure window to the divine.”
.

— B.K.S. Iyengar, Light on Life, The Yoga Journey to Wholeness

************
I cannot begin to describe the gift of physical (anatomical) and energetic (physiological) knowledge Guruji has given us. In our book “Applied Anatomy and Physiology of Yoga” we attribute our understanding of 18 main bandhas  in the body to him…

.
“Bandhas [Section 1.7.3], which are often thought of as internal locks, are described in this book as co-activations (simultaneous tensing) of antagonistic (opposing) muscle groups around the nine main joint complexes. In this book we have described nine bandhas in their locked (ha-bandha) forms and their unlocked (tha-bandha) forms. Most texts only refer to the three central bandhas: mula uddiyana and jalandhara. B.K.S. Iyengar [1966] describes these as ‘the three main bandhas’, thus implying the existence of other bandhas without actually naming them. Our understanding of how to generate the six peripheral bandhas is based on the teaching and inspiration of Sri B.K.S. Iyengar. “ 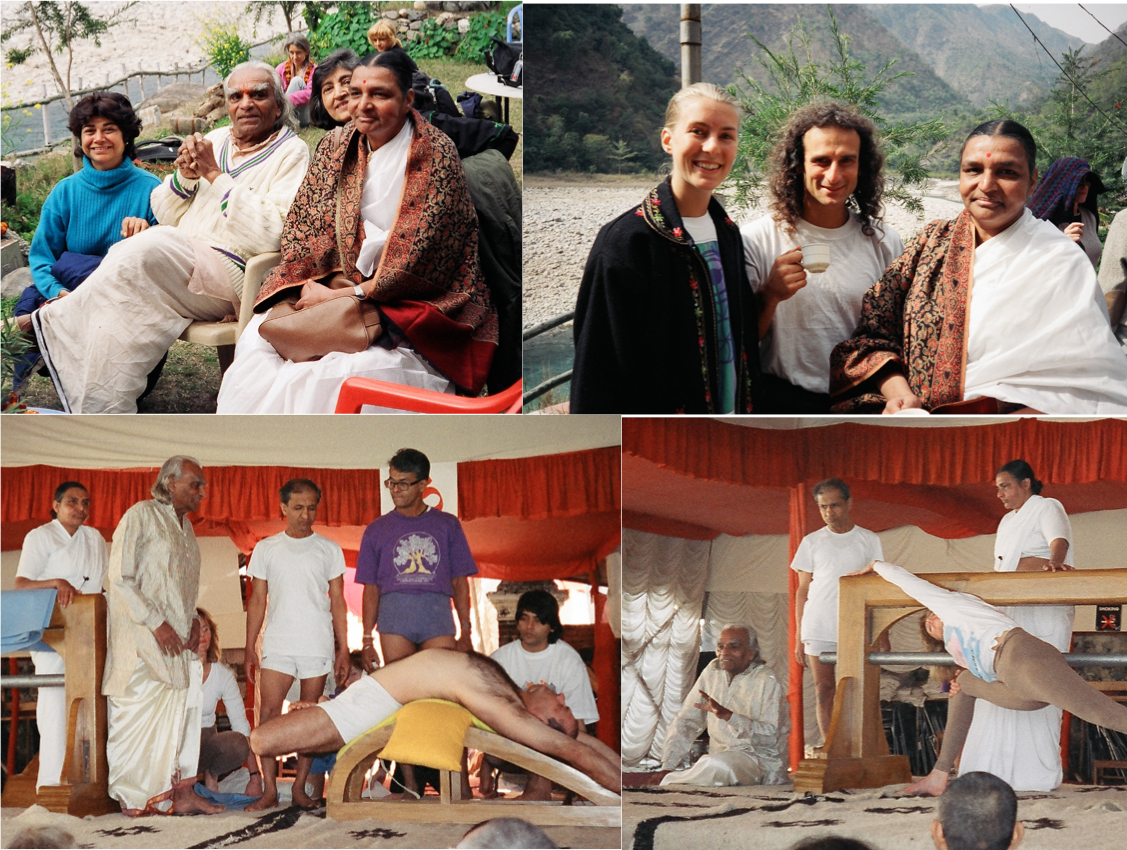 These are images from the amazing Intensive Yoga Course Bianca Machliss and many others went to in Rishikesh, India, with Guruji and his wonderful daughter Gita, in 1993.

This morning when I heard the news of Guruji’s passing I was about to teach yoga to the precious children of Montessori East Primary School in Sydney Australia, where I have had the privilege of teaching annually for the last 5 years. After their savasana (the starfish posture) I told them the news of his passing. I had told them many times that Mr Iyengar was my main teacher and that he was the first person I saw teaching childrens yoga. They have all seen his photos and some old videos too. These 60 beautiful children all between the ages of 7 and 10 all sat in still meditation with me and we chanted Aum many times and said what I think many of us feel …

“Namaste and Thank you Guruji. You are forever in our hearts and in our minds.”